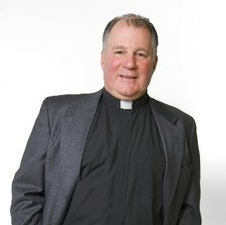 What brought You to Augustana? God’s call and the possibility of growing a multicultural congregation that is unafraid to step out in faith on the important issues of our day for the well being of all.

What is one thing that people would be surprised to know about you?     I surf and boogey board at Cannon Beach whenever I can. I can stay in the ocean for hours.

how beautiful the human family is and how important it is to have God continually shaping and recreating us in love.?

What is your biggest challenge?   Discerning what the cutting edge issues of justice, peace, diversity, equity, reconciliation and inclusion are going to be and helping to position the church to be ready and relevant to be proactive with others as a voice of conscience and a movement in action always ready to step out in faith to do what is right. 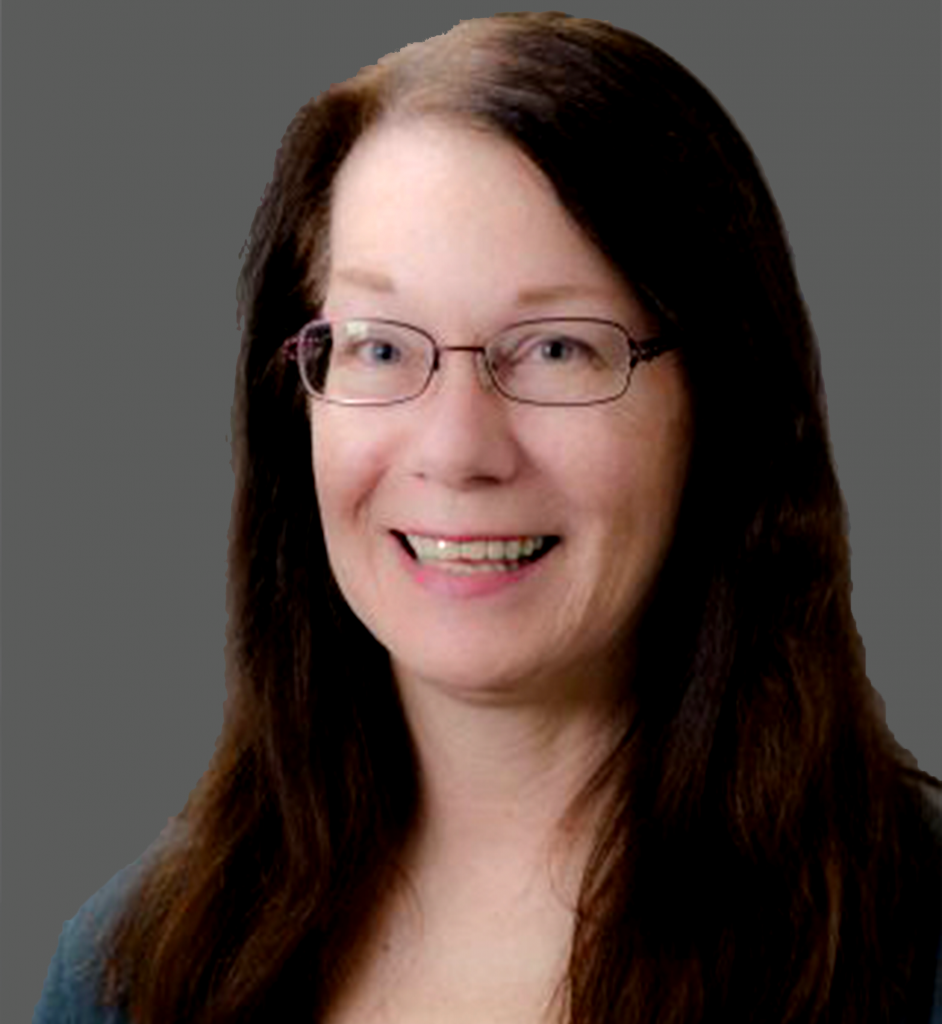 What brought You to Augustana?       I was invited by a neighbor girl to attend a youth group event, felt very welcomed and was invited back, so I connected through the youth group.

What is your biggest challenge? Answering questions like these. No really. 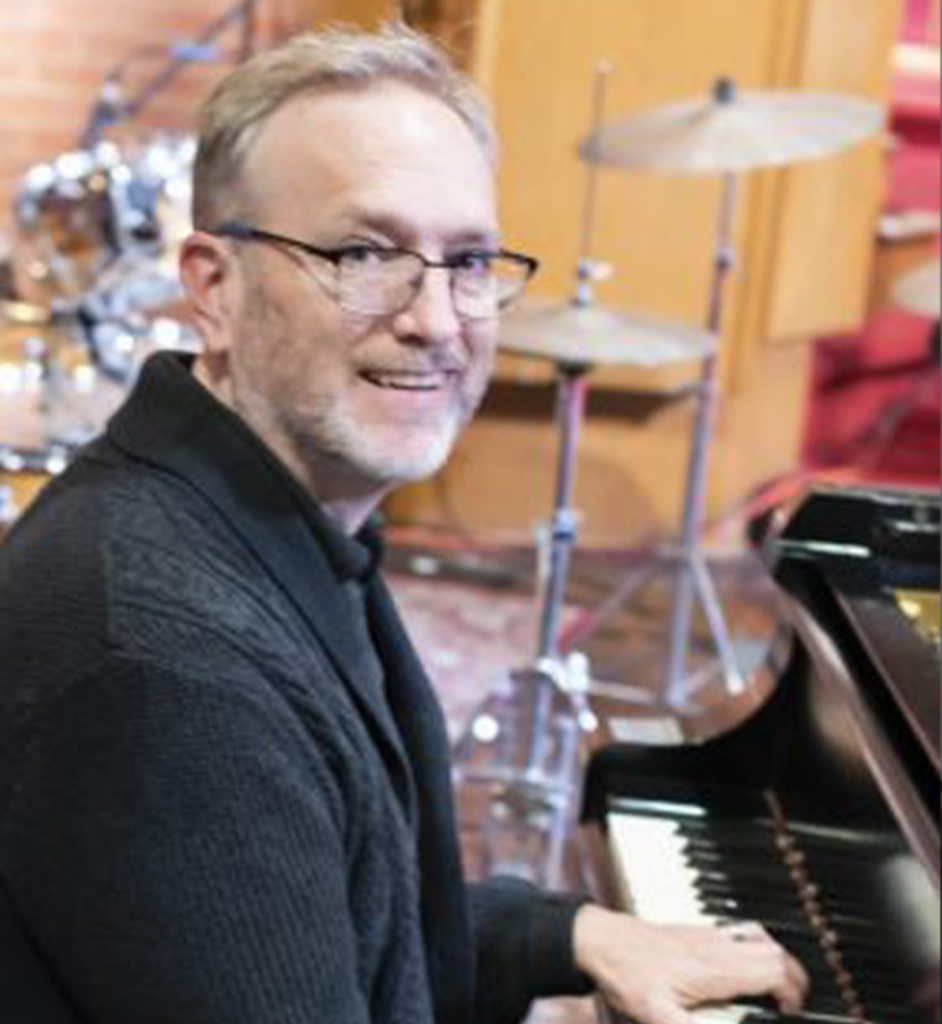 Contemporary Worship Coordinator
Andrew Fort has been the Music Director of Augustana’s Contemporary Service since 2013. He directs the choir, leads the band, and sometimes fills in as organist for the Classical Service. He studied music at USC and has been involved with Tucker Maxon School since 2004, where he currently teaches music.

What brought You to Augustana?       I came to Augustana around 2013 when we were looking for a church with a good
Youth Program.

What is one thing that people would be surprised to know about you?
I teach music to children with hearing loss.

What have you learnt about your faith and God recently?                 Even the most dire-seeming situation can turn out positive results.

What is your biggest challenge?  Time management! 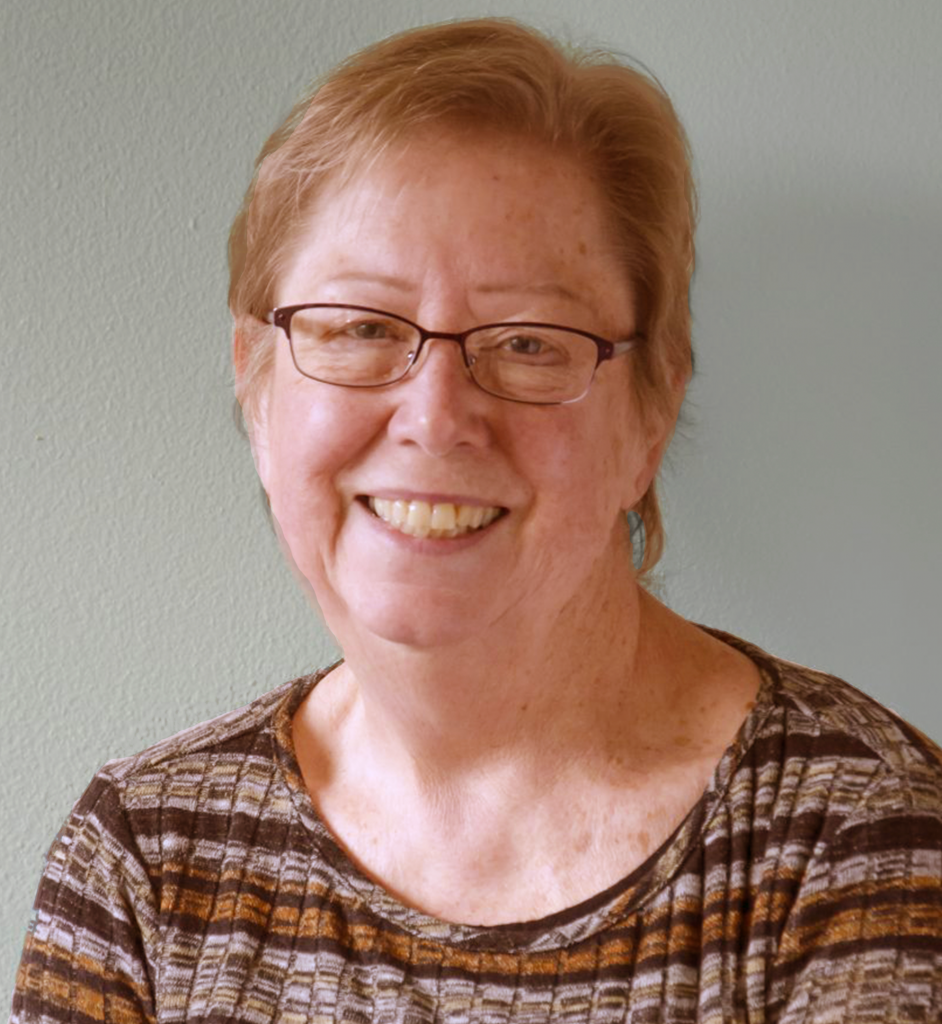 Rebecca Dodson has been a member of Augustana Lutheran Church in Portland Oregon since 2006. She joined the staff as “Education Coordinator” in 2016. She also leads a Women’s Prayer and Study weekly group and is one of the Tai Chi instructors at Augustana.               She holds a B.S in Business Administration from Portland State University, has worked at Intel Corporation, run her own marketing consulting business and loves to spend time with her two grandchildren.

What brought You to Augustana?       I moved into the neighborhood and wanted a church that was telling and showing the love of Christ to the community.

What inspires you?                     People inspire me. The ordinary kindness and service of regular people make such a difference in the world.

What is one thing that people would be surprised to know about you?
That I teach Tai Chi, Moving for Better Balance.

What is your biggest challenge?  Saying no, because I love to help and love so many things and people. 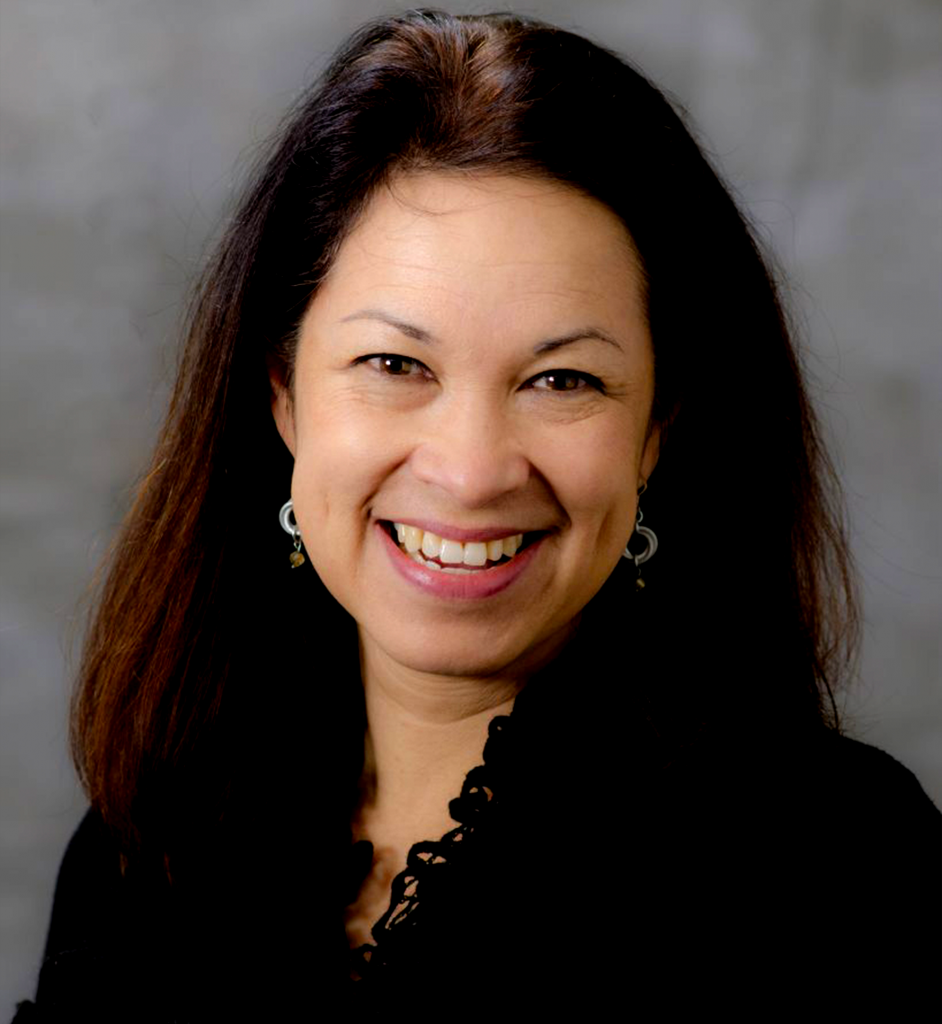 Jenny Schmidt has been a member of Augustana since 1999. She later joined the staff
as “Gifts for Ministry Coordinator” — which involves helping members to discern how they can best use their gifts and talents in service to Augustana and the greater Portland community.  Jenny loves organizing events that build community and fulfill the mission to which we are called. As a volunteer herself, she sings with the Augustana contemporary band and choir and is involved with the worship and music committee and the advocacy team.
Jenny holds a BA in Psychology, English and Education from Duke University, and an MA in Teaching English as a Second Language (ESL). She has worked as a high school and preschool teacher, has served as the president of several non-profits, and
has written several ESL textbooks. She loves backpacking, singing and Zumba!

What brought You to Augustana?        I moved into the neighborhood and wanted a church that was telling and showing the love of Christ to the community.

What is one thing that people would be surprised to know about you?
I have climbed Mt. Kilimanjaro.

What is your biggest challenge?     To breathe and trust when things     get  tough. 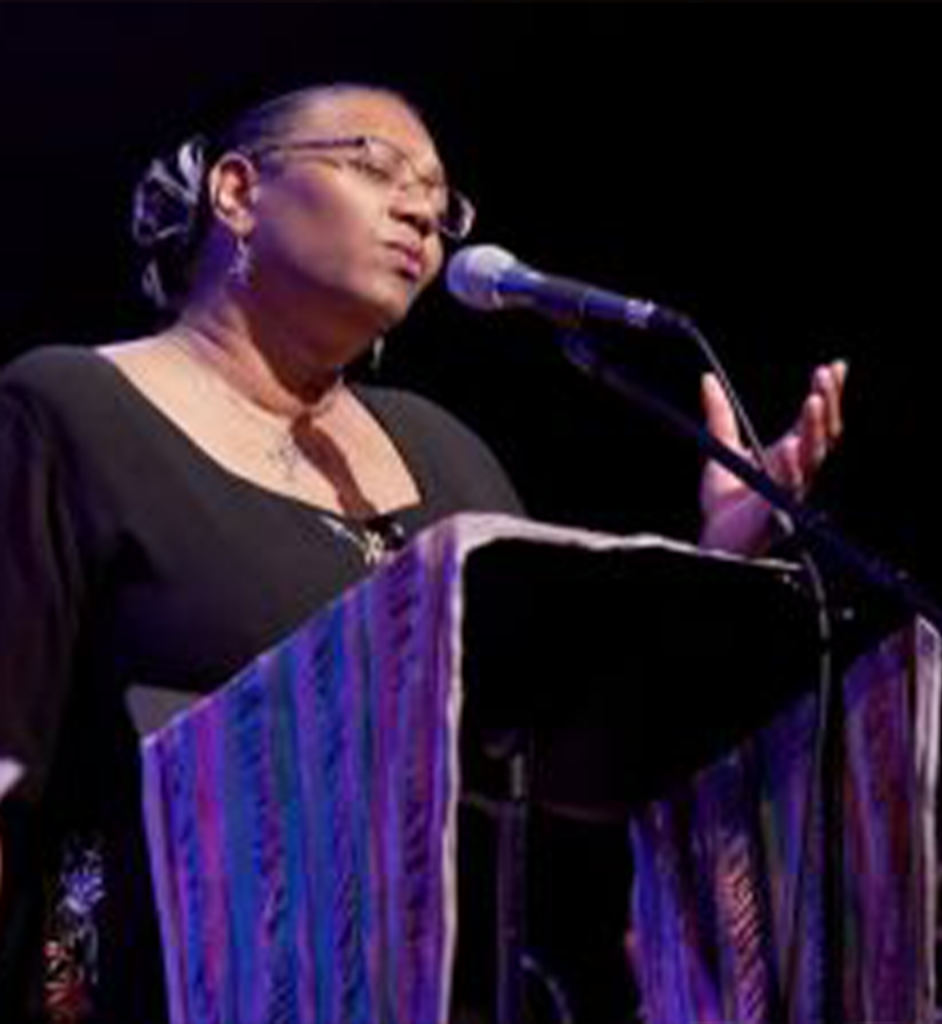 Vocal Instrument @mtk music
http://www.marilyntkeller.com
dapipes@aol.com
Marilyn Keller has been Music Director for the Gospel Jazz Worship at Augustana since 1991. She has been the Interim Youth Advisor since September of 2020.
Marilyn’s roots in Gospel, R&amp;B, Soul, Jazz and Blues music are deep. Her formative training in the Performing Arts at MHCC and on the International stage helped build a career that spans 40 years.
Marilyn is serving on the Board of Portland Jazz Composers Ensemble and The Portland Symphonic Choir to lend contemporary ideas and a voice of diversity and equity to both organizations.
She is an Adjunct Professor of Vocal Jazz Improvisation at PSU and teaches Vocal Technique privately.

What brought You to Augustana?        I came to Augustana in 1991- to provide Vocals for the Jazz Worship Service instituted by Pastor Mitch Jones.

What is one thing that people would be surprised to know about you?
I have worked several blue-collar jobs- I can operate heavy-lift machinery, overhead cranes, pneumatic tools and can handle high power pressure washers! 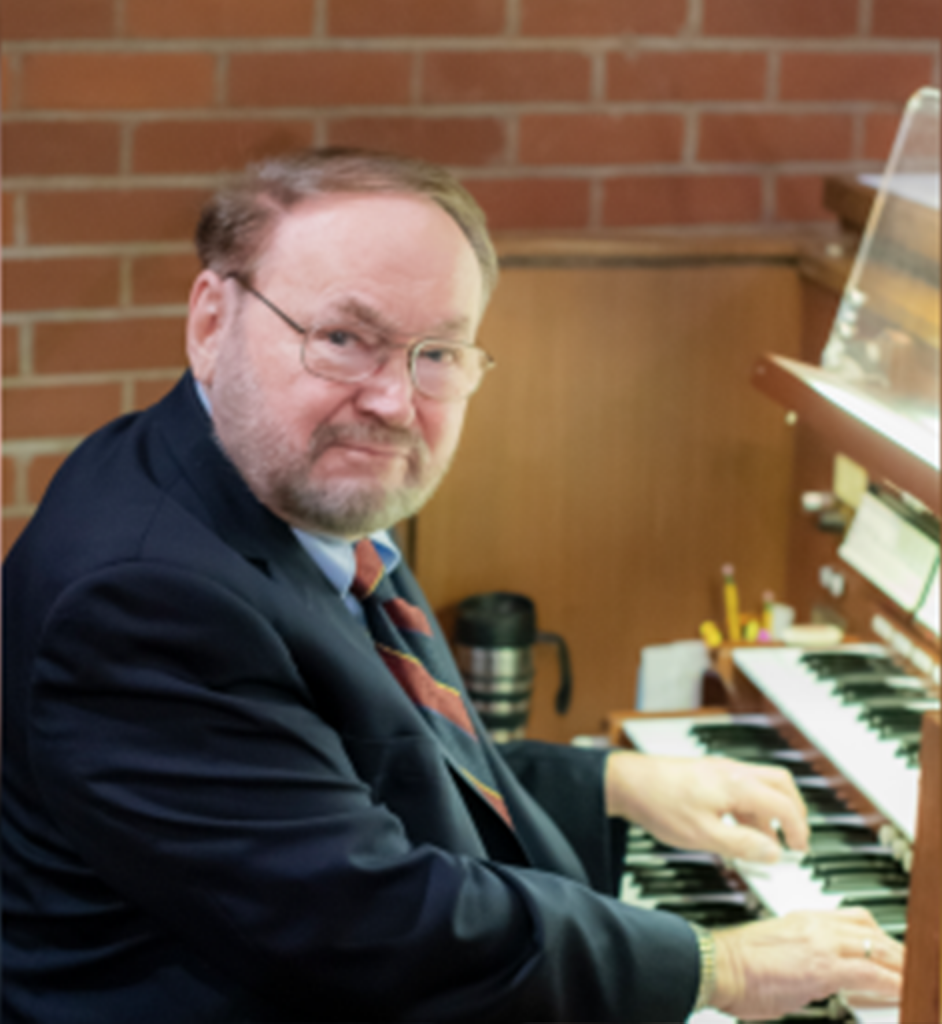 I describe myself simply as Lutheran Musician and Educator, a student of the Lutheran musical heritage.   Also, a performer, composer, arranger, and former music professor at Concordia University, Portland.    At Augustana for about 5 years, I have the great

opportunity to bring forth classics for organ and choir, while also addressing new avenues of praise.  The enrichment of worship through musical arts is a particular joy to me.
When not working on music, I am out back working on my Garden Railroad.
EN_US
EN_US ESPANOL
Scroll to Top