What brought You to Augustana?

God’s call and the possibility of growing a multicultural congregation that is unafraid to step out in faith on the important issues of our day for the well being of all.

A diverse group of people (reflecting   the nations of the earth) working   together for a vision for the   wholeness of humanity bigger than   ourselves.

What is one thing that people would be surprised to know about you?

I surf and boogey board at Cannon Beach whenever I can. I can stay in the ocean for hours.

What have you learnt about your faith and God recently?

Not new but always fresh with each day I am reminded just how good God is, how beautiful the human family is and how important it is to have God continually shaping and recreating us in love.

Discerning what the cutting edge issues of justice, peace, diversity, equity, reconciliation and inclusion are going to be and helping to position the church to be ready and relevant to be proactive with others as a voice of conscience and a movement in action always ready to step out in faith to do what is right. 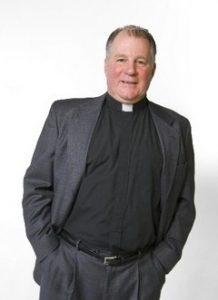